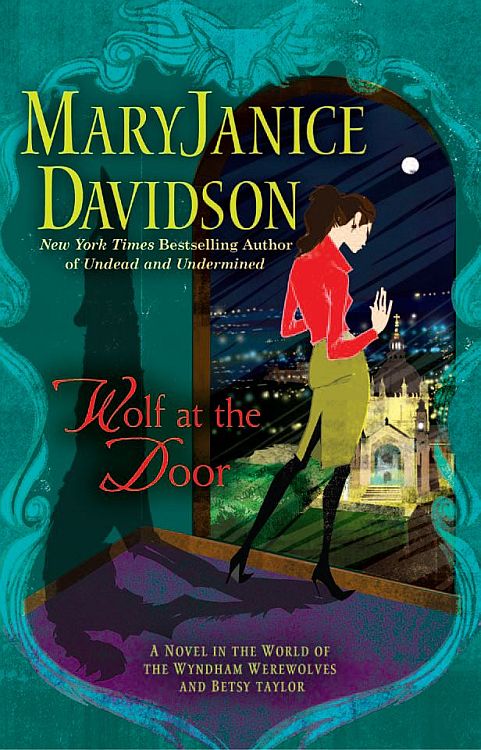 MaryJanice Davidson writes goofy blather that contains thoughts smart geeky people have about the world, which is fun, and awesome nuggets of truth, which is sobering. She wraps these pearls in silly romantic stories of vampires, werewolves, and other paranormal creatures. She got her start in publishing with an ebook called Undead and Unwed, which was autobiographical except that she is not the queen of the vampires herself, nor did she personally wed a vampire, nor has she killed anyone lately. Everything else was obviously about her.

It didn’t take long for a “real” publisher to find her and offer her a “real” publishing contract and so she has been writing the same goofy blather and getting nice advances and huge distribution and review copies and lots of invites to do fun seminars at romance writing conventions even though, really, she is at heart a comic book fan and Star Wars fan, and all the rest, and therefore, she’s supposed to exist on the techie fringes of society in some hermetically sealed cubicle and only meet actual humans at science fiction conventions. Instead, she buys expensive designer shoes because publishing has been very, very good to her, and is encouraged to reminisce about basically losing the Worst Job Ever because she wrote her novels while at work because she could complete her stupid girl typing assignments with one hand tied around her back and had to manufacture something else to “look busy.” So she wrote a novel.

But I am not writing this to talk about how you can also write geeky nonsense (interspersed with a lot of very frank sex talk) about vampires during work and lose your job but get a huge publishing contract and become the most popular girl (or boy) in your local science fiction club. For one thing, you might just lose your job, period, and be living in your car. For another, none of the sf writers will respect you for writing about love and sex, so skip it or resign yourself to being an outcast at their parties. Third (might as well count), MaryJanice, who is in fact a lovely person I had the pleasure of listening to at an intime seminar a few years ago, gets plenty of ink on her own and does not need me, a well-known comics fan from the ancien regime of comics fans, to promote her books.

However, after about three hundred of her geeky asides amused me in Wolf at the Door, I encountered one that struck me between the eyes:

“I knew I’d be the pathetic roomie who forces connections when you’re not roommates anymore. The guy who never, ever lets you off his Xmas list and who, when he’s in town to visit, insists on lunch and pretends you’re still really close.”

Oh, dear. Oh, dear oh dear oh dear. That was me. I kept in touch with my ex-roommate through her transferring to another college (in France!), moving to St. Louis, moving to Boston, marrying a complete jerk, having three children, becoming a doctor, and more. My last contact with her was a phone call 26 years ago, but I still keep her address around in case I want to make the effort to get back in touch with her. She has not called or written during most of the aforementioned period so it would be easy to assume and correct too that she is completely uninterested in hearing from me again in this life.

Don’t you just hate discovering you are pathetic? Oh, sure, I was raised to be very traditional about sending cards, writing thank you notes, and more. Since I like to write, I kept up such traditions, self-righteously claiming I was upholding standards of politeness. Still pathetic. The truth is, my poor ex-roommate had a lot to tolerate in her freshman roommate, but tolerate me she did. It has taken me a long time to acknowledge that she might not have been totally charmed by my eighteen-year-old, defensive-as-hell, nerdy, geeky, socially awkward, underachieving self who nevertheless thought she was hot stuff because she’d become a minor celebrity as a comic book fan in the minor world that was comic book fandom. Within ten years of meeting me, she became a doctor. What did I do? Flounder around as a would-be writer and then go work for a comic book company. Who takes that seriously? We didn’t even take ourselves seriously back then. I hear that people who work in comics today actually think they have real jobs. No, no. We knew we were in the sandbox, and we loved it. Immaturity reigned.

So why should my former roommate ever want to hear from me again? We spent a short time living in the same room, and then went our separate ways. We each had, and hopefully continue to have, a rich experience of life. She is a doctor, so I can always find her. I have a website and a unique name, so she can always find me. Hasn’t happened. It took MaryJane’s throwaway aside during a particularly ridiculous speech by a completely ridiculous yet endearing character to reveal to me how ridiculous I have been about insisting on trying to keep in touch with people who clearly do not give a damn if they ever hear from me or about me again in their lives. No, really? Yes, really.

Thank you MaryJane. Your book was worth the price of admission. Actually, I read a freebie review copy and so now I’ll go to hell because I am not a reviewer or even the reviewer to whom it was sent, I just sleep in the same bed with him and so MaryJanice is going to lose income because I didn’t buy her book and what’s more I read it in an imperfect stage, a galley, and am commenting on what may not be the final version and therefore that leads me to ask, why send it out unfinished to strangers in the first place, but thank you thank you thank you, MJ. I will throw out my ex-roommate doctor’s address this very minute and never think of her again, which I know will be a relief to her.

I could go on like this, but to make a fortune doing so, I would have to put a plot around it and that’s just too much work on a Sunday morning, which is why MJ is getting rich and I am simply laughing in front of a computer screen. I apologize to every single person I ever sent an unwanted greeting card, letter, or e-mail to but I do have better manners than you do and I want you to know it.