Shaun Usher has a site, Letterheady, that has letterhead from a wide variety of interesting sources. I’ve submitted a piece of old Wonder Woman stationery I found while working at DC Comics.

When I was in the business, I was shocked to see person after person dumping reams–yes, actual reams–of letterhead into trash cans.  (This was before plain paper recycling existed.) They’d quit, or their office was moving, or whatever. So into the trash went thousands of sheets of paper. I couldn’t bear the waste. I retrieved and repurposed some of it. For years I wrote my (unfinished, alas) novels on the backs of several reams of high-quality letterhead from Alexander Film Services, which had occupied a corner office at Marvel Comics when I arrived. The two serious businessmen types who worked in that office soon vanished, leaving behind very nice stationery indeed. Heavy bond with a beautiful light yellow cast and a nubby feel. Good stuff. 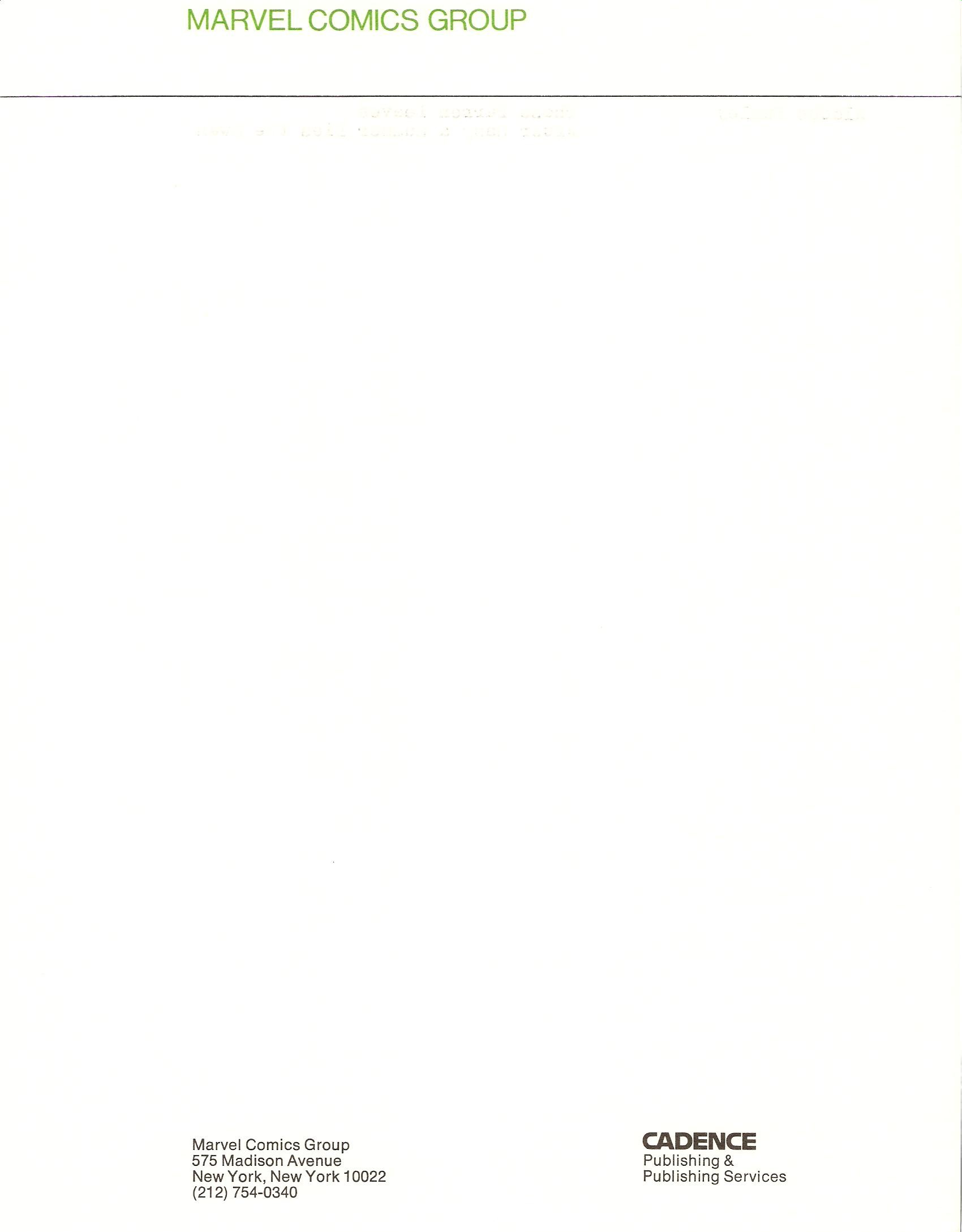 When the plain Marvel stationery was dumped for something far more exciting, I composed reading lists on the backs of those unwanted pages. Our address had not changed, but we were now using letterhead with Spidey swinging through it. Or the Hulk smashing. Or…you get the idea.

People also tossed batches of memo pads with their names on them. Today, fears of identity theft lead friends of mine to want to shred any paper that has their name on it. I find that excessive, since names are a matter of public record. But if I wanted, I could still at this late date compose a blistering memo on the discarded stationery of certain well-known people from the comic book business. Come to think of it, I could also write myself glowing letters of recommendation–not that anyone gives a hoot about such things these days. As someone said to me just today,  who writes letters anymore?