Skip to content
Home Comics Where Do I Get My Ideas?

Where Do I Get My Ideas? 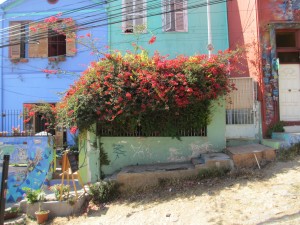 From this and that

I was in Valparaiso, Chile, walking down a narrow street filled with flowers with a lovely young woman who was acting as a personal guide, when she asked me how I got my ideas. I answered, “From this and that,” which was the exact truth.

One of the pleasures of being a writer is getting inside the heads of people who are not us. When we are beginners, possibly every character we write is us, but the more we grow and improve as writers, the more able we are to conceive of or take note of people who do not think and feel exactly the way we do about various things, whose cultural touchstones are different from ours and whose personal values are, too. We can’t make this up. We have to do research. This research comes from a wide variety of sources, some personal and some global.

Do we violate the privacy of our friends and write about their specific lives and problems? No. We get ideas from some aspect of something in their lives, perhaps. If I have a friend who drinks a little, is any story I write about a character who drinks about my friend? Not at all. But maybe, seeing how drinking has become a part of my friend’s life, I might be inspired to look at examples of what alcoholism does to individuals or couples, and create a character for whom drinking has created definite negativity. 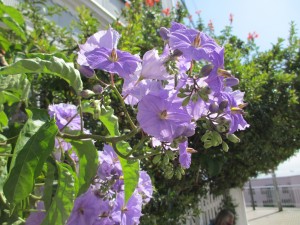 In Summer in the City, one of my women’s fiction novels, I write about a character who has a bit of a drinking habit, not alcoholism. I gave her that habit to show how she copes with emotional issues in her life, but it’s not the most important thing about her. In fact, it’s a minor detail, an effort to make her seem more like a convincingly fallible human being. I could just as easily have made it a shopping habit, or a habit of binge-watching television shows, or whatever, but drinking seemed to fit the sophistication level of my character.

Other ideas went into the making of this character, ideas from a television series (Sex and the City was on my mind), ideas from stories I heard from other friends about the difficulties of being a woman who wanted a career in 1970, and so on. There’s not a single character I’ve ever written who wasn’t an amalgam of traits of many people, some of them people I know, and some I have never met, plus stuff I made up at random or added from what is currently floating around in our society or from what I remember from the past. The result is a character who has never existed in real life, but who could. Even my roman à clef superhero novels, which call up pretty closely some well-known personalities or situations in the comic book business, do not attempt to take actual people or situations wholesale. Every character and situation is unique and original, made richer by the variety of ideas I’ve thrown together.

So that’s where I get my ideas.