Home Books Why Write About a Ranch?

Why Write About a Ranch? 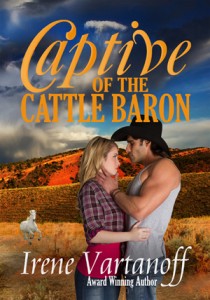 I visited Wyoming for about a day a long time ago, and I liked the looks of the state. When I decided to write a romance about a rich but entirely too self-confident man, I set it in Wyoming and made him a rancher. In real life, ranches have boundary lines and neighbors. In my pretend corner of Wyoming, the Selkirk ranch was both vast and isolated, the perfect place to throw a hero and heroine together without significant distractions. The first three Selkirk Family Ranch stories each focused on someone being an unwilling visitor to the ranch and what that person made of the situation. Captive of the Cattle Baron is basically a prequel to this series because it establishes where the ranch is and what it is, and that the Selkirk family has reacted adversely to one of its members being severely injured in the Iraq War. 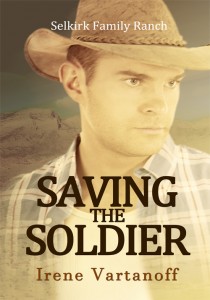 In Saving the Soldier, I delved directly into the gravity of PTSD and how it affects different people. At the same time, I brought to the forefront the core problem besetting the Selkirk family: Who will run the ranch after the patriarch can’t anymore?

The ripple effects of trauma are definitely on display in Cowgirl Rescue, in which family power dynamics, alcoholism, and PTSD all collide with cattle rustling, big trucks, horses, and airplanes. 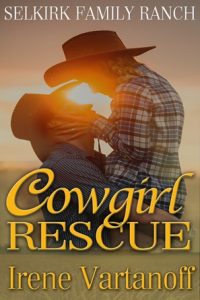 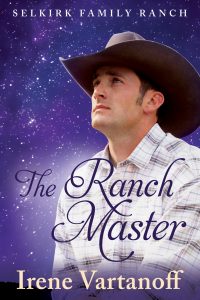 I thought I’d said plenty about the Selkirks and their ranch in three books, but as it turned out, there was more story to tell about the complex people living and working on the ranch both past and present. The Ranch Master surprised me with the twists and turns involved in Selkirk family secrets. 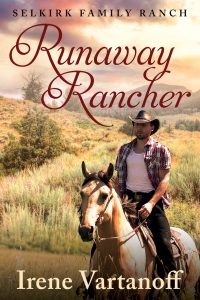 Runaway Rancher resolved some nagging questions from the previous books while detailing the grievous effects of PTSD on different people with different wartime experiences. Finally, the story of the Selkirk ranch wraps up with Becky Lang Rides Again, which centers on a down-on-her-luck heroine who isn’t a Selkirk. Or is she? 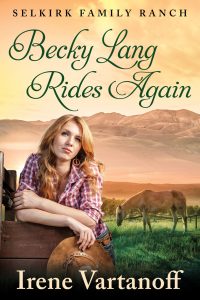 Did I mention that these six stories are all romances? Here are twelve individuals who couldn’t be more different from each other, couples who meet cute or don’t, who conflict bitterly or date tentatively, and yet who fall in love and find happiness. I started with a very confident hero type, segued to a bitter war veteran, continued with a man imperfectly hiding a lot of anger, moved on to a somewhat older hero who suddenly sees life passing him by, popped in a happy younger man with a positive outlook, and finished with a self-contained loner hero who finds out he has a heart after all. Some of these heroes are rich and some are not. My heroines are different from each other, too: An ex-child star turned horse whisperer, an investment banker who doesn’t like the isolation of the ranch, a rootin’ tootin’ cowgirl, a dedicated social worker who doesn’t want to try dating again, an army veteran fighting bad memories, and a disillusioned former barrel racer trapped in a dead end situation. Some of these heroines are self-confident, and others doubt their ability to find lasting happiness. Yet by the end of each story, these characters all find their way to their own happy ever afters.